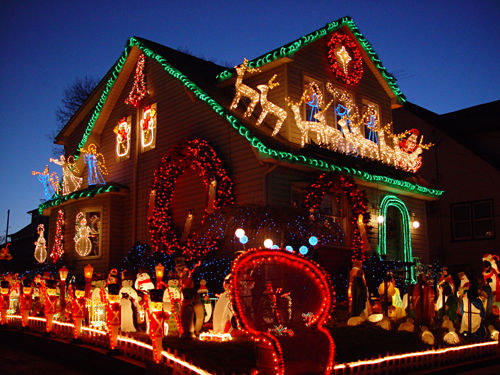 AUSTIN, Texas – After falling by the wayside several years ago, a new generation is beginning to revive a more than 40-year-old custom in Austin.

Unique, vibrant, and definitely weird- all words to describe the Christmas light display along portions on W. 37 Street in Austin’s North University neighborhood. It’s the vibe Jamie Lipman was going for when he helped hatch the concept for the 37th Street Lights.

“I did lights first- a substantial amount from the curb view,” said Lipman, who says his inspiration was simply all of the pretty colors. “And then Bob Godbout, who lived across the street and down one or two, put up some lights. And then one year we decided to connect.”

The idea took off from there and flourished by the mid-1980s and into the ‘90s.

But the two other families that helped spearhead the planning of what would become an annual tradition would end up moving away from W. 37th- as would Lipman in 2006.

Lipman took his strange and intricate arrays of lights to his new home south of Austin proper, leaving the practice of stringing lights house-to-house to slowly disappear.

“This was one of our default activities for us to do- also a place I took a few high school dates,” said Austin native Robert Foster.

Foster had friends that lived in the neighborhoods surrounding 37th Street’s light display, leaving him with fond memories of the peculiar presentation.

When Foster by happenstance ended up moving to W. 37 Street four years ago, he saw what had happened to the holiday tradition and committed himself to turning it around with the goal of returning the street to its former glory of being one of the best holiday light displays in America.

“This is one of the last pieces of truly weird, funky Austin that exists as a tradition, and we were happy for our generation to take over the responsibility bringing it back to life,” said Foster.

The 2019 display is a bit smaller than it was in its heyday when it attracted tens of thousands of holiday light gawkers. It’s part of the reason Foster and his neighbors are looking for donations of holiday lights to continue the ongoing renaissance of the 37th Street Lights. 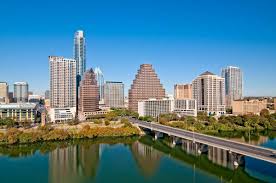