One of the questions I receive the most is, “when is the best time to sell a home”.  There are many ways to dissect this, most notably is your own personal situation. But assuming one has no outside pressure and is simply trying to “market time” the sale, let’s see if we can shed a little light statistically.

It’s no secret that the home selling season follows the school year and the bulk of recorded sales in the MLS definitely show this. May through August consistently have the highest number of closings and that of course has been the case for at least the past five years.

The ratio of closed price to list price follows a similar trend line with April through July showing the fewest seller concessions.

However, when you look at price per squarefoot, a slightly different story emerges.  Sales closed in July and August contracted during months of high inventory, resulting in a lower price per foot.

Maximize Potential for Both

Though the bulk of home sales happen in the summer months, March through May are clearly the best months to sell your home. Additionally, the fall months bring sellers greater opportunity than the popular summer months as illustrated in the graph below.

It’s important to note that these graphs report on closing dates, not when the contracts were signed nor when the properties were listed. The average time on the market is roughly 51 days and the average escrow period is roughly 30. Therefore, if you are targeting an April closing date, you’re also targeting a March contract date and likely a February listing date.

If it’s me, I’m eyeballing mid February through the end of April to list my home or I’m waiting until late August through mid October as a list date. That should put me in a market with some of the best sales of the year and high seller negotiation strength, and yield one of the highest prices per foot for the year. 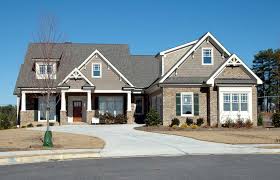 Do I Work with Expired Listings?