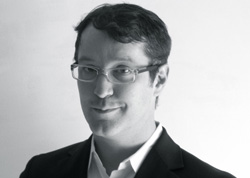 Welcome to Real Estate in ATX!

As a licensed Realtor® since 2000, Scott believes his diverse clientele and community activism are his keys to success. He started selling primarily in the Dallas suburbs early on then relocated to Central Texas. After moving to Austin in 2003, and joining the Willoughby Team, Scott has largely focused on first time home buying, new home construction transactions, and of course downtown and urban living. In 2012, Scott joined the innovative boutique agency, Horizon Realty.

Scott believes very strongly in community involvement and works with several local organizations to strengthen Austin’s creative class. He recently chaired the Board of Directors in the successful launch of The Creative Fund, whose mission is to support local breakthrough artistic performances with funding and audience development. Scott currently sits on the board for the Austin Creative Alliance and is also working to organize other means of artistic support.

While not selling homes or working in the creative community, Scott spends his time with his wife Michelle and their feline friend Josey.