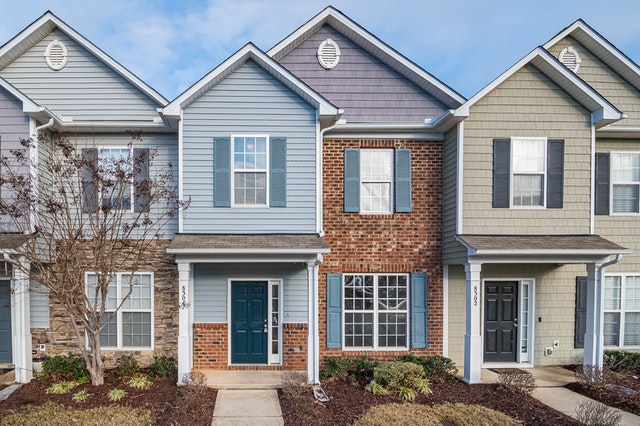 Are you planning on buying a home in the Austin Texas area? If so, like every home buyer who has purchased a home in Austin before you, you’re most likely looking for neighborhood information online, right?

Austin is a great place to live because there’s a diverse selection of neighborhoods to choose from that offer a wide assortment of benefits to home buyers.

Some neighborhoods are quiet and residential, while others have shops, stores, restaurants, art galleries and things to do.

In this article, I will break down ATX neighborhoods and provide you with insight into which neighborhood in Austin may be right for you.

Getting To Know Austin’s Neighborhoods

The location: Just a few miles from downtown.

The vibe: Quiet, tree-lined streets and neighbors that have put down roots.

The attractions: You can spend an afternoon amid stunning sculptures at the Contemporary Austin’s lakeside Laguna Gloria campus; play a round at Muny, the city’s oldest public golf course; or admire the peacocks that roam the gardens at the 21-acre Mayfield Park. Tarrytown also boasts two of the city’s most delightful oases: Red Bud Isle, a 17-acre off-leash dog park with a scenic walking loop, and Deep Eddy Pool, a spring-fed (but man-made) swimming hole that’s always a refreshingly brisk 65 to 75 degrees.

The homes: Definitely not cookie-cutter, Tarrytown homes span a variety of architectural styles. There’s a mix of authentic, traditional buildings from when it was first established as a suburb in the early 20th century to newer dwellings from famous architects. No matter the size or style, acreage and a pool are highly desirable.

The location: Six miles west of downtown, on the area’s highest topography.

The vibe: It feels like an escape from the city, with a family-friendly atmosphere that strongly supports the area’s nine award-winning schools.

The attractions: Find cherished eateries, like Texas Honey Ham and Blue Dahlia, and an array of independent boutiques. There’s also easy access to the Wild Basin Wilderness Preserve as well as the picturesque trails that run through the Barton Creek Greenbelt, a favorite among hikers, bikers, and rock climbers.

The homes: Many were built in the ’70s and ’80s, but there are plenty of restored and new-build contemporary stunners tucked into these wooded hills. Residents here also enjoy some of the lowest property taxes in the state.

The location: South of downtown and walking distance to South Congress and Lady Bird Lake, or close by car to I-35.

The vibe: Hip, bustling, and ever-changing, as Austin’s most popular stretch of road (see above) is packed with restaurants, bars, patio, and shops.

The attractions: Built in the 1920’s and 30’s, Little Stacy and Big Stacy parks were named for Travis Heights’ early developers. Connected by the Blunn Creek Greenbelt, the former features a wading pool for tots, while the latter welcomes older swimmers to its year-round public pool. The picnic tables and tennis and basketball courts are hot spots, too.

The homes: An eclectic collection of everything from 1800’s Victorians to midcentury modern stunners to just-built contemporaries. The city’s first Local Historic District is also south of the river.

The location: Built on the former site of the Robert Mueller Municipal Airport, this town-within-a-town started welcoming residents in 2007. Twenty percent of the neighborhood is dedicated to public green spaces, including parks, pools, and a community garden.

The vibe: Quality of life is a top priority for Mueller residents, who are happy to forgo the historic charm — and upkeep — of older neighborhoods for practical amenities like dedicated bike lanes, miles of wide sidewalks, and their own family-friendly “downtown.”

The attractions: Eateries, shops, and entertainment options like the acclaimed Thinkery children’s museum and new Alamo Drafthouse movie theater. A food truck park makes for a merry gathering spot, while Paggi Square was built specifically for residents to try their hand at pétanque, a bocce-like lawn game.

The homes: A master-planned community, Mueller is the epitome of thoughtful, sustainable urban design. There is a variety of builders and styles from which to choose, whether you favor a cottage or a garden home, a row house or a mixed-use apartment building.

The location: Considered the epicenter of cool, this South Austin neighborhood benefits from its proximity to oodles of cool shops and hot restaurants (many along nearby South Lamar), a spectacular string of trails and refreshing waterways, and easy access to downtown.

The vibe: An “anything goes” spirit but surprisingly quiet streets. This is definitely where you’ll see the city’s motto, “Keep Austin Weird,” in full effect.

The attractions: The 351-acre Zilker Park just south of downtown is where the music festival Austin City Limits is hosted each fall, while the Umlauf Sculpture Garden and Museum is home to tons of original outdoor artwork. And you can’t forget about Barton Springs, the concrete-ringed watering hole fed by the chilly springs that burble up from the Edwards Aquifer.

​The homes: Some of the area’s first homes, modest one-stories built in the ’40s and ’50s, still stand, though many are being replaced with decidedly more modern (and taller) substitutes. A smattering of apartment complexes and condos are sprinkled throughout the dense residential streets, too.

The location: As its name implies, the suburb is northwest of Austin and a commuter’s paradise, with easy access to Mopac and 360.

The vibe: What Northwest Hills lacks in pocket parks and playscapes it makes up for in verdant protected areas, like Bull Creek, where Austinites like to cool off in the summers, and Bright Leaf Preserve, a little-known gem that offers monthly guided hikes.

The attractions: One of Austin’s must-see natural landmarks is Mount Bonnell, a 775-foot-high outcrop that looms above Lake Austin.

​The homes: Mostly sprawling single-family homes, but also clusters of multi-unit properties. Many of the homes back up to wooded canyons, resulting in frequent appearances of deer, armadillos, and other critters.

To get started with searching for a home in Austin Texas, contact me today by calling (512) 944-7378 or click here to connect with me online.