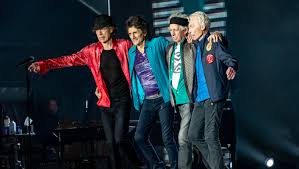 If you’re a music fan (like me) you know that the Rolling Stones have been one of the most popular bands in the world for over 50 years.

The good news is that the band is still touring and is planning on stopping in Austin Texas on May 24th!

There’s no knowing if Mick Jagger, Keith Richards and company will still be touring in the near future so if you want to see live, this could be your last chance.

The English rock & roll icons announced a continuation of their No Filter tour, which began in 2017. Fifteen shows between San Diego on May 8 and Atlanta on July 9 include two Texas dates: Austin, fifth concert in the lineup, and Dallas on May 29. Tickets for the local spectacle go on sale Friday, Feb. 14, at 10am.

Last week, the Chronicle learned the Rolling Stones have scheduled a concert at Circuit of the Americas for Sunday, May 24 – Memorial Day weekend. On Monday morning, that still-unpublicized news seemingly confirmed itself with a Downtown art tag. The mural at 110 E. Riverside – onetime site of “ultimate ladies club” La Bare (male dancers for women) and, briefly, Sixth Street live music venue Steamboat – then changed again on Tuesday. Whereas “It’s just a kiss away,” a lyric from “Gimme Shelter” repeated four times, adorned the thoroughfare to start the work week, 24 hours later a snippet of “You Can’t Always Get What You Want” complemented the graphic with “Get what you need.”

To learn more about life in Austin Texas, or to speak with me about buying a home in the area, contact me today by connecting with me through my website.